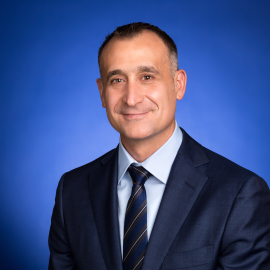 Duncan Blake transferred from the permanent Air Force to the Reserves in January 2017, after 22 years as a Legal Officer in the Royal Australian Air Force. He worked at the tactical, operational and strategic levels at home and on deployment overseas, especially in the Middle East. On deployment he has provided legal support to aerial targeting operations in Iraq and Syria, and he has managed the provision of legal support for all ADF operations in the Middle East. He has worked with strike and fighter jet forces and units responsible for airspace surveillance. He has also been a prosecutor for the military.
He served as the Deputy Director of Operations and International Law for the Australian Department of Defence, providing operations and international law advice and support at the highest levels within Defence and across government.

More recently, Duncan was legal advisor to the Defence Space Coordinating Office and he initiated and chaired inter-departmental and international working groups in respect of strategic space law, including for the Combined Space Operations initiative. His last posting, before transferring out of the permanent Air Force, was in a non-legal position, managing the development of a future joint operations concept for military use of outer space, to coordinate capability development and force structure decisions in the Australian Defence Force.

Wing Commander Duncan Blake continues to contribute as a Reserve legal officer, providing backfill and supplementation in a directorate that advises government on the potential military role in existing and prospective contingencies. He also supports the Australian Department of Defence in a variety of other tasks, especially in relation to military space activities and the law.

Duncan has contributed extensively to doctrine and policy for the Australian Department of Defence and whole-of-government, on issues of operations law and space law. Although this work is not publicly accessible, he has authored numerous articles, including an article for which he was awarded the 2011 Lieber Society Military Prize by the American Society of International Law.

Duncan is currently part of the governance board for a project to draft the Woomera Manual on international law applicable to military space activities. He was previously Managing Editor in the project, helping to lead a group of international experts to draft such a manual, aiming for publication in 2023.

Duncan is completing doctoral research at The University of Adelaide on a topic associated with the Woomera Manual project. In respect of military space activities, there are rules of international space law that appear incongruent with rules from laws about using force and coercion. Reconciling those incongruities using existing tools of international law is ambiguous. Nevertheless, meaningful resolution of these conflicts is possible. Duncan’s research examines how.

Duncan is married with two school-aged children. He is an avid cyclist, on road, MTB and XC, an avid snow skier, and in the past, an avid rower.