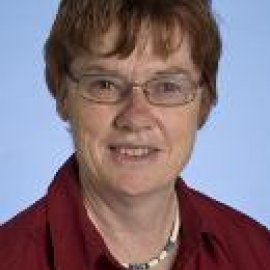 Professor Jenny Stewart joined the ADFA School of Business in July 2009 as Professor of Public Policy. Before joining the School Jenny was Associate Professor of Public Policy at the University of Canberra and prior to that until 1993, Jenny was a policy adviser in the Australian Public Service, working in a number of agencies, including the Australian Science and Technology Council.

Jenny researches, teaches and writes in the fields of policy analysis, change management and public sector reform. Her books include The lie of the level playing field, (Text Publishing 1994), Renegotiating the environment: the power of politics (co-authored with Grant Jones and published by Federation Press in 2003) The decline of the tealady: management for dissidents (Wakefield Press, 2004). In 2009 Palgrave Macmillan published Jenny’s monograph Public Policy Values. She is currently developing a major project linking public policy and governance.

Her latest book is The dilemmas of engagement: the role of consultation in governance, ANU e-press and Australian New Zealand School of Government, 2009