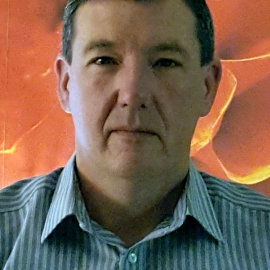 Dr Joiner joined the Air Force in 1985 and became an aeronautical engineer, project manager and teacher over a 30 year career before joining the University of New South Wales in 2015 as a senior lecturer in test and evaluation. From 2010 to 2014 he was the Director-General of Test and Evaluation for the Australian Defence Force where he was awarded a Conspicuous Service Cross. He was responsible for Defence-wide test and evaluation policy, ensuring all new capability submissions to Government had test plans, for conducting trials on all proposed new capabilities (prototypes and off-the-shelf), and operational field evaluations for new Army and joint capabilities. During his tenure in this role he testified to the Senate Inquiry into Defence Procurement (2012) and was tasked by the Service Chiefs with developing and implementing new reforms in test and evaluation. Dr Joiner has completed a number of post-graduate degrees including a Masters of Science in Aerospace Systems Engineering with distinction through Loughborough University in the United Kingdom, a PhD in Calculus Education and a Masters of Management. In previous roles he was a design engineer for aircraft and missiles, a project engineering manager, a chief engineer for several aircraft types, and a base commander for an airfield and domestic infrastructure. In 2009 he did wartime service as a plans officer in Baghdad for the Multi-National Force Iraq where he was awarded a United States Meritorious Service Medal for his work developing drawdown plans. He is a Certified Practising Engineer with the Institute of Engineers Australia and a Certified Practising Project Director with the Australian Institute of Project Management. In all his roles he has worked extensively with Defence scientists, sponsoring, conducting and trialling experiments and research including recent important human factors and anthropometric work for future submarines and combat vehicles.

Research Interests: Dr Joiner has been actively teaching and researching the use of new more efficient and effective test design and test analyses statistical methods in fields as diverse as explosive ordnance proofing, electronic warfare, target recognition and cyber-security. Methods used include design-of-experiments, high throughput testing (combinatorial), historical data analysis, logistics regression and ordinal regression to efficiently build probabilistic multi-factor regression models of systems, either very early in acquisition to de-risk project scoping and requirements, or towards the end of acquisition for operational characterisation to create flexible force modelling and live, virtual and constructive simulation of the "force-in-being". Dr Joiner is also teaching and conducted research on project governance frameworks especially within Defence contexts in the areas of: 1) integration, interoperability and information (I3) assurance; 2) digital transformation; 3) ICT projects; 4) preview test and evaluation (i.e., pre-contract de-risk trialling); and 5) cyber-resilience. His primary PhD is in teaching research and so he also conducts research into curriculum reform in higher education, especially into classroom environments, inclusive curricula methods, and the benefits of structured peer review in post-graduate teaching.

New Students: Having only changed careers recently into academia, Dr Joiner is keen for higher degree by research students, especially, but not limited to, Defence or other complex systems fields involving prescribed acquisition, testing, evaluation, modelling and simulation, such as health, infrastructure, ICT or transportation. He is keen to work with new PhD students and their companies to do 'in-the-workplace' research on testing and governance frameworks; that is, with sponsored part-time PhD students. By the nature of such research, students would need to be domestic (i.e., Australian), or work mostly in Australia with an international firm that has an Australian footprint. Within Defence, transportation and mining, he is interested in teaching and researching test design methods for autonomous and robotic systems, while inside Government and critical Australian financial or civil infrastructure, he is interested in researching new test methods for cyber-resilience. In summary, he can take HDR students in engineering test design and analyses, project governance, or engineering/technology education across a broad range of applications.