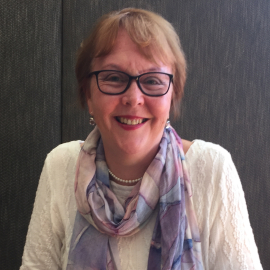 Dr Kristen Alexander was awarded a PhD by UNSW Canberra in 2020 for her thesis ‘Emotions of Captivity: Australian Airmen Prisoners of Stalag Luft III and their Families’. In March 2022, the Australian War Memorial awarded her the 2021 Bryan Gandevia Prize for Australian military–medical history. https://www.awm.gov.au/articles/blog/2021bryan-gandevia-prize

Specialising in Australian aviation history, she is published in Australia, Great Britain and Japan. She won the non-fiction category of the 2015 ACT Writing and Publishing Award and was highly commended in the 2014 and 2017 awards. Her second book, Jack Davenport: Beaufighter Leader, is on the RAAF Chief of Air Force’s 2010 reading list, and Australia’s Few and the Battle of Britain appears on the 2015 list. Further publication details at www.kristenalexander.com.au.

Kristen is a Visiting Fellow at UNSW Canberra and currently works as an editorial assistant on War & Society Journal, https://www.tandfonline.com/loi/ywar20.

Kristen is also  a partner in Alexander Fax Booksellers which specialises in Australian military history. http://www.alexanderfaxbooks.com.au/.

Currently, Kristen is a research assistant to  ACR Decra Fellow, Dr Kate Ariotti, UQ (Between Death and Commemoration: An Australian History of the War Corpse, 1915-2015).