Ask an Expert: How vulnerable is Australia to tsunamis? 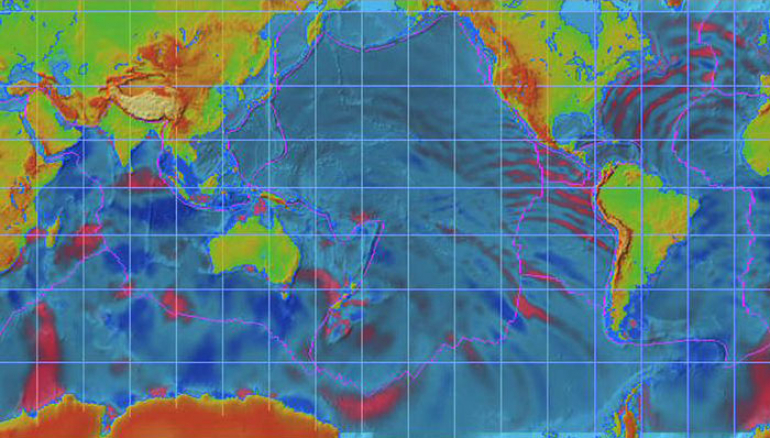 The impact of the volcanic eruption in Tonga was felt across the world this weekend and tsunami warnings were issued in Australia. We asked UNSW Canberra coastal geographer Dr Thomas Oliver about tsunamis and how vulnerable our country is to these events.

Tsunami warnings were issued across much of the Pacific, including parts of Australia’s east coast. How are these warnings issued?

Tsunami warnings are issued by the Joint Australian Tsunami Warning Centre who monitor a range of real-time seismic stations to detect and assess the tsunamigenic potential of earthquakes, eruptions, underwater landslide, etc. Modelling is used to understand the threat of such events and provide the public with warnings.

How vulnerable is Australia to tsunamis?

Australia’s east coast faces the ‘Pacific Ring of Fire’ where there is lots of tsunamigenic potential. However, we generally have a fair amount of warning about such events because there are no plate boundaries in close proximity to the coast. However, our continental shelf edge may also be prone to underwater landslides, which could generate tsunamis which would hit our coast in much shorter timeframes.

What impact have previous tsunamis had on Australia’s coastline?

There have been many scientific studies which have attempted to reconstruct past tsunami impact along Australia’s east coast. Features like boulders strewn high above current storm impact zones have been argued as evidence of past tsunami. There is also a large body of international literature on palaeotempestology (the study of past (palaeo) storm and tsunami (tempest)). There are many ongoing debates around evidence of extreme storms and tsunami with a range of evidence (some conjectural) being discussed.

The impact of the volcano has been felt as widely as from California to New Zealand. Why were the effects so far reaching?

Once a tsunami is generated, it can travel hundreds of thousands of kilometres across the oceans and will reach far distant coastlines if it is unimpeded by other landmasses.

Is there anything that we can do to prepare for these events?

Australia is well prepared in terms of our monitoring capability and because there are no major trenches of faults very close to us, we will generally have several hours’ warning before a tsunami approaches our coastline. However, tsunami generated by underwater landslides on our continental shelf could impact the coastline in a matter of tens of minutes and there is ongoing research focused on how stable this continental shelf edge is. Researchers have already uncovered examples of where such landslides have occurred in the past (e.g. scars, deposits of debris).