Ask an Expert: What does a Biden Administration mean for the world? 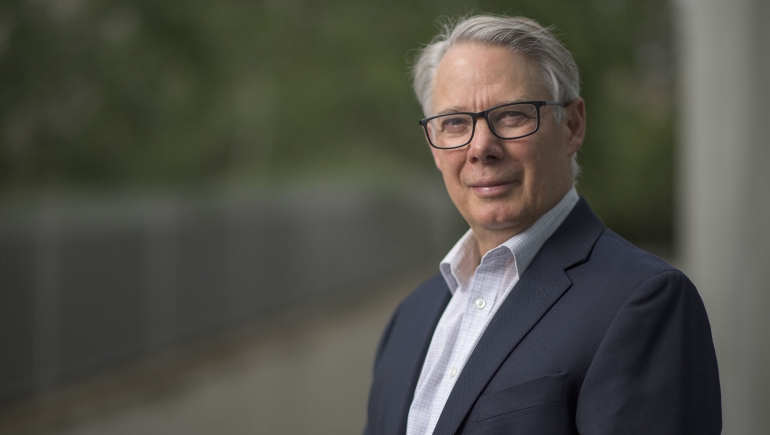 The results of the US election mark a new chapter for the country. But what does the Biden-Harris victory mean for the world? We asked UNSW Defence Research Institute Director Paul Maddison what we might be able to expect from the months ahead.

What impact has the Trump Administration had on international cooperation?

On almost every front the impact has been hugely adverse. The list of US withdrawals from key multilateral initiatives is long, including the Paris Climate Agreement, the Trans-Pacific Partnership, the Iran Nuclear Deal, and the World Health Organization. The UN, although glaringly imperfect, has been disproportionately demonized, allowing permanent security council members China and Russia and their proxies to exert greater malign influence across the governance structure. Key democratic allies have been repeatedly and publicly rebuked by the Trump Administration for no good reason, such as during G7 Summits, while authoritarian leaders have been praised. The net effect has been a weakening of the US-led post-WW2 international order, less global confidence in the core tenets of democracy, and uncertainty over how the international rules-based order could evolve with a US that no longer views international cooperation as a fundamental enabler of its own national interest.

How will a Biden Administration differ?

President-elect Biden will dramatically shift the tone in US engagement away from unpredictability and disruption to a more traditional diplomatic, economic, and military approach to achieving consensus in solving the world’s pressing problems. One early example will be to re-commit to the Paris Agreement and possibly to convene a global climate conference in 2021 to spark greater momentum towards net zero emissions. The new Administration will also immediately reach out to global democracies and signal intent to once more work closely with them in strengthening a global system of governance underpinned by human rights and the rule of international law, while concurrently sending a message to authoritarian governments that they will be checked in their attempts to fill the international consensus vacuums left by the previous Administration’s “Trumpist” policy mayhem.

What are some of the challenges the new government will face in its first 100 days?

The challenges facing President-elect Biden are enormous, both at home and around the world. At home, the raging pandemic must be brought under some semblance of control in the first 100 days, in order first to ease the human tragedy, second to relieve pressure on the healthcare system, and third to set the conditions for economic recovery. America is also a nation deeply divided, and unless the Biden Administration’s political and ideological opponents find cause for compromise, it may prove impossible to get critical tasks done, especially if a Trumpist Republican majority holds in the Senate. Over 73 million Americans voted for President Trump, and with conspiracist disinformation so rampant it may prove equally impossible for President-elect Biden to gain the public trust necessary to lead the changes for which over 78 million other Americans voted. Internationally, the Biden Administration will be warmly but cautiously welcomed at every level, except of course by China, Russia, Iran, North Korea and others under their influence. Setting a positive tone in the first 100 days should be easy but delivering tangible strategic results before then will be extremely difficult.

What does the new government mean for international security?

I think we will see a quick return to the status quo ante, with the US signalling a re-commitment to democratic alliances such as NATO, the Five Eyes intelligence sharing network, and the G7/G20. Merit-based senior appointments at Defence, State and the Agencies will result in a lessening of strategic noise and an enabling of genuine trust-based multilateral and bilateral relationships at all levels of government in order to re-coalesce around common security interests. Key among these will be addressing the continuing emergence of China as a peer competitor, not only in terms of the military and economic security challenges it poses, but also in terms of the Chinese Communist Party’s assertion that its authoritarian model of governance is superior to and potentially a replacement for democracy.

How will this change in government impact Australia?

Australia has done a masterful job over the past four years of managing the strategic alliance with the US. A great deal of effort was invested in nurturing key and oft-times difficult political, corporate and NGO relationships, and in shaping them so far as possible to Australian advantage. Although PM Morrison’s political conservatism is well to the left of President Trump’s plutocratic instincts, Australia nonetheless was able for the most part to stay out of the sin bin filled with leaders like Angela Merkel, Emmanuel Macron and Justin Trudeau, and to cash in on 100 years of mateship. The US change in government should make diplomacy and cooperation with America less chaotic and more predictable for Australia. President-elect Biden’s welcome focus on climate change as an existential threat will generate pressure within the Morrison government to get serious about Australia’s significant contribution to the global carbon footprint as the world’s largest coal and natural gas exporter. Australia will also be watching very carefully for any and all signals emanating from Washington that will affect the power dynamics in the Indo-Pacific region, especially with regards to China, India, Taiwan, Hong Kong, DPRK, the Pacific Island Countries, Indonesia and others. It promises to be quite the ride!