Ask an Expert: Why are submarines so important? 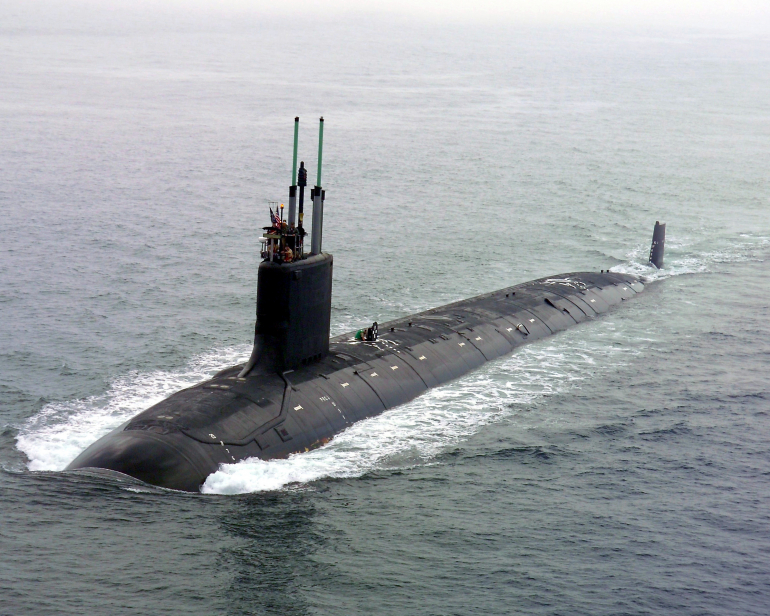 This year's announcement that Australia would acquire nuclear-powered submarines from the US, and the subsequent cancellation of a $90 billion deal with France have launched submarines into the spotlight.

How do submarines fit in with Australia’s overarching defence strategy?

In the 2020 Defence Strategic Update the Government outlined new Defence objectives which are: to shape Australia’s strategic environment; to deter actions against Australia’s interests; and to respond with credible military force, when required.

Submarines contribute to these three objectives in a number of ways:

What specific tasks do they carry out?

The range of tasks that can be conducted by submarines include:

What is the advantage of nuclear-powered submarines over conventional submarines?

The most important advantage of nuclear submarines (SSNs) over conventional ones is sustained high speed (for example, more than 20 knots, or 37 kilometres an hour) for extended periods.

This enables the nuclear submarine to transit from area to area much more quickly than conventional boats. It also, perhaps even more importantly, allows nuclear boats to escape rapidly and go a long way from dangerous situations.

Conventional boats can also escape danger at high speed, but only for a limited time, as the effort drains their battery and requires them to 'snort' at periscope depth for a recharge. This greatly increases their chances of being detected.

Many diesel boats are now fitted with ‘air independent propulsion’, which extends their submerged endurance significantly and so reduces their vulnerability. However, such propulsion usually only provides a low-speed capability – it cannot be used to sprint – and it often requires special fuel (such as liquid oxygen) which requires dedicated facilities to resupply.

Greater size also gives nuclear submarines greater weapon carrying capacity. This can be in the form of torpedoes, missiles, special forces groups and unmanned underwater vehicles. The ability to carry, deploy, recover (when appropriate) and service such unmanned vehicles will be an increasingly important capability, since it will allow the parent submarine to operate well away from the most dangerous areas in which it could itself be more readily detected and attacked.

There are some limitations associated with these advantages, however. Firstly, transit at high speed may reduce the capacity of the submarine sonars to listen for dangers in the form of other submarines or surface ships. Secondly, their greater size of SSNs does reduce their manoeuvrability and limits their ability to operate in very shallow water.

The new fleet is still decades away, where does that leave Australia’s capabilities in the meantime?

Later this decade, each unit of the Collins class will receive a Life of Type Extension (LOTE), which will extend each of their lives by 10 years. This will replace much of their propulsion and power machinery, as well as many other systems.

As part of the work of the Nuclear Submarine Task Force there will be a transition plan to ensure that a submarine fleet is maintained in service until the new nuclear submarines enter service.

Options may include a further LOTE, or an interim conventional capability, or even an interim nuclear-powered force if second-hand boats or new construction could be made available from the United States or United Kingdom.

Photo: Obtained from Wikimedia under a Creative Common license.