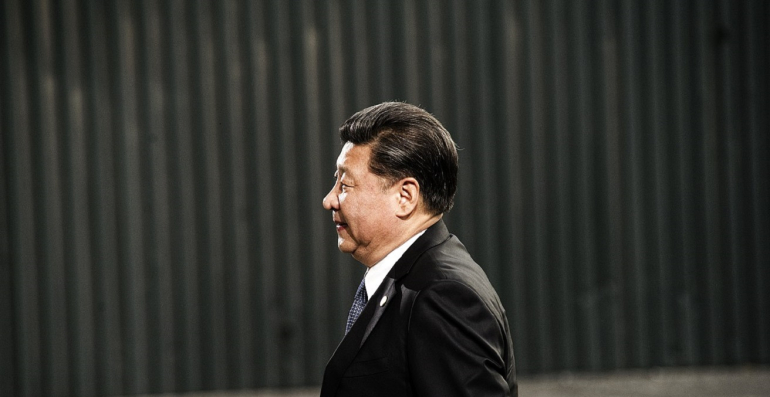 Beijing has expressed grave concerns and strong actions against AUKUS thus far. One can expect significant tensions between China and the AUKUS countries ahead.

Much of the debate on AUKUS in Australia has focused on the strategic rationale for the Royal Australian Navy acquiring eight nuclear-powered submarines (SSNs) and the likely timeframe for the  vessels to be delivered. Relatively little attention has been paid to China’s thinking of and responses to AUKUS, even though the security pact has been generally perceived as a strategic move to check growing Chinese military power in the Indo-Pacific. Nevertheless, recent actions undertaken by Beijing against AUKUS foreshadow growing tensions ahead.

On 2 October 2022, the China Daily, China’s state-run English newspaper, featured a report claiming a diplomatic victory for Beijing at the 66th International Atomic Energy Agency (IAEA) General Conference held in Vienna on 26-30 September. According to the report, the Chinese delegation to the conference successfully “thwarted” an effort by the three AUKUS countries – Australia, the United States, and the United Kingdom – to propose an amendment to an IAEA safeguards resolution in order to “whitewash” the SSNs deal in the context of the Treaty on the Non-Proliferation of Nuclear Weapons (NPT). Due to China’s opposition, as the report claimed, the three AUKUS nations eventually had to withdraw the proposed amendment. In a subsequent media interview after the IAEA conference, Ambassador Wang Qun, China’s Permanent Representative to the United Nations in Vienna, described the exchanges over the nuclear submarine issues at the conference as “unprecedentedly fierce” and “unprecedentedly substantial.” Indeed, it was reported elsewhere that a Chinese-sponsored anti-AUKUS resolution was also blocked at the conference.

The diplomatic battle at the IAEA conference was just one of a series of diplomatic and legal challenges staged by China against AUKUS in the context of the NPT. Ever since the announcement of AUKUS in September 2021, Beijing has mounted stringent criticisms of the trilateral partnership, condemning it for posing risks to nuclear proliferation, triggering an arms race and undermining regional peace and stability. In July 2022, two Chinese state-affiliated institutes, the China Arms Control and Disarmament Association and the China Institute of Nuclear Industry Strategy, jointly released a report on AUKUS. Entitled “A dangerous conspiracy: the nuclear proliferation risk of the nuclear-powered submarines collaboration in the context of AUKUS,” the some 12,000 word report claimed, among other things, that the submarine agreement was “a blatant act of nuclear proliferation” and “a serious violation” of the objective and purpose of the NPT by setting “a dangerous precedent” of transferring weapons-grade nuclear materials from nuclear-weapon states (US and UK) to a non-nuclear-weapon state (Australia).

Beijing’s responses have gone beyond merely voicing condemnations, however. Since November 2021, under China’s requests, the SSNs issue has been made an agenda item at the meetings of the IAEA Board of Governors for debate. What is particularly noteworthy is that at the IAEA Board meeting on 12-16 September 2022, China made a harsh criticism of Mr. Rafael Grossi, Director General of IAEA, over his report on the Agency’s hitherto engagement with the AUKUS parties on the safeguards in relation to the submarine collaboration. In a working paper submitted to the meeting, China accused Mr. Grossi of overstepping his duties as IAEA director general, producing a misleading report, and warned him of being used as a political tool by the AUKUS parties and of being involved in proliferation activities. Such an unprecedented public criticism of the IAEA director general, an act even described by Ambassador Wang Qun himself as an “non-typical measure” (fei changgui shouduan), demonstrates the unusual length China has gone in its attempts to block the submarine deal. At the meeting, China also insisted that the submarine matter should be resolved by an agreed formula to be worked out by all IAEA member states through an “intergovernmental consultation process.”

The strong actions taken by Beijing at the IAEA reflect its deep anxiety about the implications of AUKUS for China’s national security interests. Chinese security analysts overwhelmingly see AUKUS as fundamentally an anti-China military clique, formed as a vital part of US grand strategy in its intensified rivalry with China, and of representing a “critical step” by the US to construct an Asia-Pacific NATO. A researcher from the Pangoal Institute, a reputed think-tank in Beijing, recognises that AUKUS “fills a gap” in the area of military cooperation innovations in the US Indo-Pacific Strategy, making up a key weakness of the Quadrilateral Security Dialogue. The latter, according to him, while being formed by the US to compete with China in a range of areas such as supply chain, infrastructure development, and space and cyber security, among others, has only limited potential for cooperation in military competition with China. In contrast, AUKUS reflects an innovation in military collaboration in the US-led alliance system in the region. It can rapidly increase the military capabilities of US allies, accelerate the integration of military operation systems between the US and its alliance partners, and maintain and enhance the military superiority of the US-led alliance in the region.

Notably, in addition to concerns on the direct military threats posed by the nuclear submarine agreement and other critical military technology collaborations, such as artificial intelligence and quantum technology, Chinese analysts also worry about the wider implications of the AUKUS partnership on China’s external security environment. For example, Professor Li Haidong from China Foreign Affairs University, noted that recent developments such as AUKUS are almost a “replica” of the US post-Cold War strategy towards Russia through NATO expansion, a strategy which eventually resulted in the marginalization of Russia’s influences in European security affairs and which forced Moscow resort to the use of force to protect its security interests. He warned that China should avoid being “made as another Russia” (bei eluosihua), noting the increasingly grim external challenges faced by China.

Australia’s role in the AUKUS grouping and the impact on Australia-China relations has also been a focus for Chinese analysts. For example, Wang Fan, the Vice-President of China Foreign Affairs University, observed that the AUKUS agreement “deprives Australia of its already extremely limited strategic autonomy, and subordinates it completely to US strategy. Australia has thus become an out-and-out US pawn.” Another Chinese analyst noted that the potential for Australia becoming a vanguard unit of the US in the West Pacific was increasing as Canberra has in recent years gradually chosen to side with Washington in its relations with China. Such a role requires Australia be further integrated into the operational systems of the US military, distancing itself further away from China on all aspects of the bilateral relationship, carrying further the risk of military conflict.

Jian Zhang is an Associate Professor in International and Political Studies at the School of Humanities & Social Sciences, UNSW Canberra at the Australian Defence Force Academy, the University of New South Wales, Australia.

This article was originally published by the Australian Institute of International Affairs and republished under a Creative Commons License. Read the original article.