On campus with... Dr Caroline Doyle 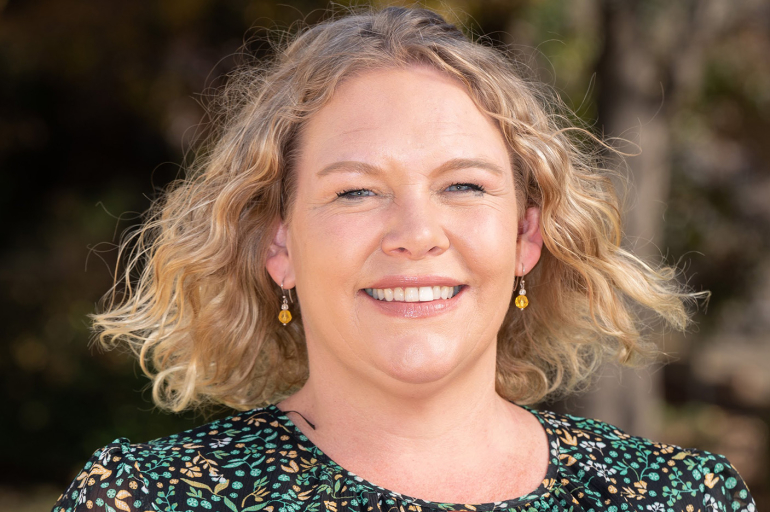 As an advocate for people in prison, Dr Caroline Doyle often finds herself defending her work, but the empathy she has for those who have been detained is palpable.

Dr Doyle, a solicitor with a sociolegal background, began her research into the criminal justice system when she commenced her PhD, investigating the reduction of homicides in the Colombian city of Medellin.

“As part of my PhD I spent time living in Medellin and that really opened my eyes to a lot of the realities of violence that people live with and the challenges that the city faced, and continues to face, with reintegrating people who had been in gangs, or paramilitary groups,” she said.

“It really brought home the range of challenges policymakers faced with implementing these reintegration programs, despite their best intentions.”

After completing her PhD in 2017, she decided to take what she had learnt in Colombia and apply it to issues closer to home. The unique challenges faced by those who have been through the ACT prison system have become central to her research and her role as the President of Prisoners Aid (ACT).

She is passionate about her work with Prisoners Aid, which assists in everything from job seeking post release to supporting the children of detainees.

“What seems like a small thing can actually make a huge difference, from paying for a child’s after-school activity to storing furniture for someone while they’re in prison,” Dr Doyle said.

“These seem like small things for us, but it’s actually a huge, huge thing for someone.”

As part of her work with UNSW Canberra and the PSRG, Dr Doyle has worked closely with people who have been released from Canberra’s prison, Alexander Machonochie Centre, examining why the ACT has the highest rate of repeat prison episodes in the country.

Now in the process of finalising this project, Dr Doyle has turned her attention to the National Disability Insurance Scheme (NDIS) and if people inside prison with disability can receive NDIS services.

“Whilst policy can permit some NDIS-funded services when a person is in prison, this does vary across jurisdictions and there are many issues with actually providing these services. There are also a lot of challenges with providing adequate support for people with disability upon release from prison.”

Drawing on the expertise within the PSRG, Dr Doyle has worked with disability policy researchers, including Professor Helen Dickinson, Dr Sophie Yates and Dr Fiona Buick, to investigate the problem.

The research team has been joined by Dr Shannon Dodd a Criminology and Criminal Justice lecturer from the Australian Catholic University.

After interviewing dozens of key stakeholders from Victoria, NSW and the ACT on why there is a gap in the system, the answer remains unclear, and further questions about the intersection between the criminal justice system and disability policy have been raised.

The research team will launch their report and discuss its findings at a free webinar in June. They will be joined by guest speaker Dr Mindy Sotiri, Executive Director of the Justice Reform Initiative.

“Dr Sotiri has many years of experience working in the criminal justice and  has some really great insights to share about the experiences of people in prison and post-release with disability,” Dr Doyle said.

“It’s going to be a really great opportunity to present our findings, not only to our stakeholders, but also to people throughout Australia, to let them know more about this really under-researched area.”

The webinar will take place on Tuesday, 28 June. Registrations are now open.

Learn more about the work of Prisoners Aid.