THE CONVERSATION: Labor’s plan to save threatened species is an improvement – but it’s still well short of what we need 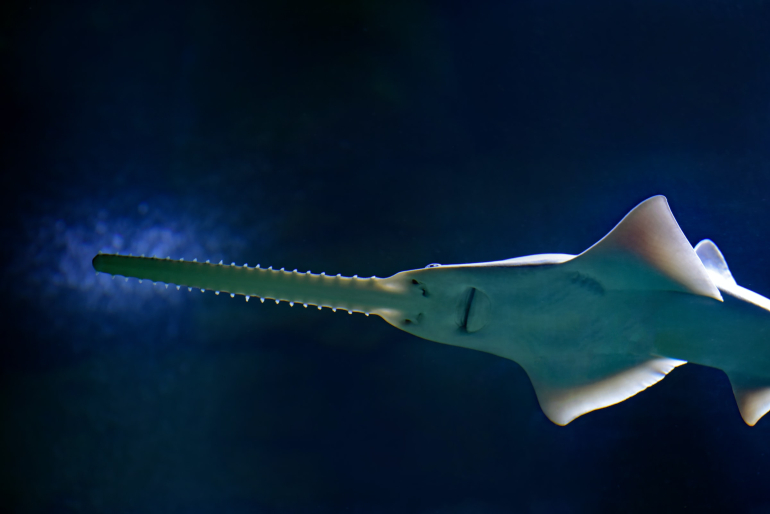 Australia’s dire and shameful conservation record is well established. The world’s highest number of recent mammal extinctions – 39 since colonisation. Ecosystems collapsing from the north to the south, across our lands and waters. Even species that have survived so far are at risk, as the sad list of threatened species and ecological communities continues to grow.

During the election campaign, Labor pledged to turn this around. On Tuesday, federal Environment Minister Tanya Plibersek announced what this would look like: a new action plan for 110 threatened species. The goal: no new extinctions. “Our current approach has not been working. If we keep doing what we’ve been doing, we’ll keep getting the same results,” Plibersek said.

But is this really a step change? Let’s be clear. This plan is a welcome improvement – especially the focus on First Nations rangers and Indigenous knowledge, clearer targets, better monitoring and the goal of protecting 30% of Australia’s lands and seas within five years.

But the funding is wholly inadequate. The A$225 million committed is an order of magnitude less than what we need to actually bring these threatened species back from oblivion. The grim reality is this plan is nowhere near enough to halt the extinctions. Here’s why. 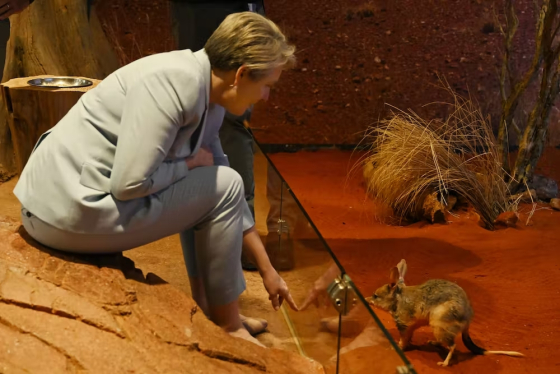 Conservation costs money. Recovering threatened species takes effort. Tackling the threats that are pushing them over the edge, from feral cats to land clearing, is expensive. “Measures of last resort”, such as captive breeding, creation of safe havens and translocations, takes more still.

How much is enough? Estimates put it at A$1.7 billion per year. This is around one-seventh of the money Australian governments spent on fossil fuel subsidies last financial year. If there’s funding for that, there should be funding for wildlife.

Make no mistake – starving conservation of adequate funding is a choice. For decades, Australia’s unique environment and wildlife have been thrown consolation crumbs of funding – even though they are our collective natural heritage, fundamental to human survival, wellbeing and economic prosperity, and a major draw card for tourists and locals. You can see the results for yourself: more extinctions and many more threatened species.

Labor’s plan is focused on arresting the decline of 110 species, and 20 places such as the Australian Alps, Bruny Island and Kakadu and West Arnhem Land.

Unfortunately, that’s a drop in the ocean. Combined, we now have more than 2,000 species and ecological communities listed as threatened. Picking species to survive betrays our remarkable, diverse and largely unique plants, animals and ecosystems. It suggests – wrongly – that we have to choose winners and losers, when in fact we could save them all. 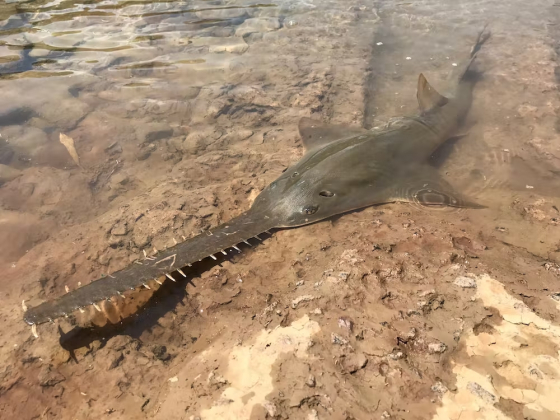 Picking winners: the freshwater sawfish has been chosen as a priority species - while hundreds of others have not. AAP

The plan assumes recovering priority species may help conserve other threatened species in the same areas and habitats. This is questionable, given only around 6% of listed threatened species are slated to receive priority funding, and how much the needs of different species can vary even in the same habitats and ecosystems. Different species respond very differently to fire regimes, for instance.

Policies and laws are essential

Funding by itself isn’t enough. Unless all levels of governments enact and enforce effective policies aimed at conserving species and their homes, the situation will worsen. Australians are still waiting to see what reforms actually emerge from Graeme Samuel’s sweeping review of the main laws governing biodiversity and environmental protection.

Alignment of policies is vital. What’s the point of saving a rare finch from land clearing if you’re simultaneously opening up huge areas to fracking, polluting groundwater and adding yet more emissions to our overheated atmosphere? Despite Labor’s rhetoric on threatened species and climate change, they are still committed to more coal and gas.

Similarly, native vegetation clearing and habitat loss is barely mentioned in the threatened species plan. Yet these are leading causes of environmental degradation, as the 2021 State of the Environment Report makes clear.

If you want to save the critically endangered western ringtail possum and endangered black cockatoos, why would you approve the clearing of habitat vital to their existence? The Labor government did just that in July.

To get this right, the new areas must add to our existing conservation estates by adding species and ecological communities with little or no representation. They must help species move as they would have before European colonisation, by connecting protected areas separated by human settlement or farms. And there must be enough money to actually look after the land. There’s no point protecting ever-larger tracts of degraded, weed-infested, rabbit, deer, horse, pig, fox and cat-filled land. 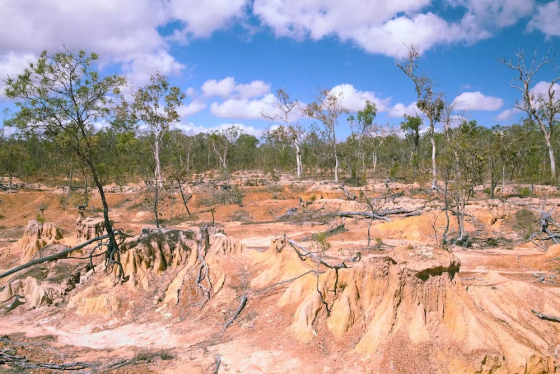 The 50 million hectares of land and sea to be added by 2027 is supposed to come almost entirely from Indigenous Protected Areas. But again, where’s the funding? Right now, these land and sea areas get a pittance – a few cents per hectare per year.

It’s also important to support conservation on private land, where many threatened species live and where significant gains can be made. Maintaining wildlife on private land can also help farmers and landholders through pollination and seed dispersal as well as broader ecosystem health.

We need laws with teeth

If you liked it, you should have put a law around it. If the federal government is serious about ending extinctions, it should be enshrined in legislation. As it stands, “zero extinctions” is a promise with no clear way for us to see who is responsible or how the promise will be kept.

Too cynical? Alas, there’s a very real trend here. Successive governments have avoided accountability for losing species doing exactly this. They release strategies on glossy paper which note we all have a role to play in conservation – but strangely omit the part about who is responsible when a species dies out. If you want to save species, make human careers depend on species staying alive.

We know strong legislation and billions rather than millions of dollars are needed to stop extinctions. So far, the new government has announced inadequate funding, a non-binding strategy with an aspirational goal, and a seemingly rushed idea of a biodiversity market, dubbed “green Wall Street”, which made conservationists including the Wentworth Group of Concerned Scientists very concerned.

Tossing breadcrumbs to conservation is what we’ve done for decades. It’s a major reason why our unique species are in this mess. Time’s up.