THE CONVERSATION: With a return to Labor government, it’s time for an NDIS ‘reset’

Helen Dickinson, UNSW Canberra and Anne Kavanagh, The University of Melbourne | 31 May 2022 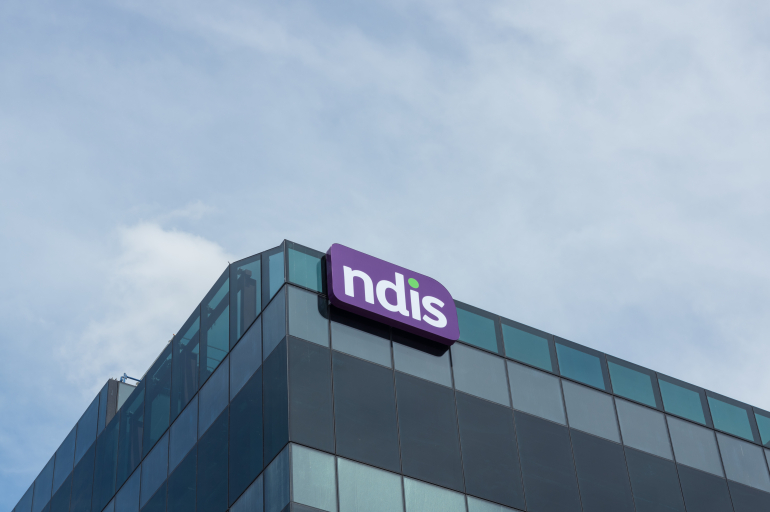 The NDIS headquaters based in Geelong. Photo: Shutterstock.

Labor’s election win sees a return of the National Disability Insurance Scheme (NDIS) to the control of the party that first passed legislation for it. Bill Shorten’s appointment as NDIS Minister makes him responsible for the scheme he championed and helped establish.

Many in the disability community feel the NDIS has moved a long way from its initial design and recent proposals have created a rift between the scheme and those it is supposed to serve.

Getting the NDIS back on track will be a big task but we have some sense of what Labor’s plan will be given its campaign commitments.

Over the last few years it has become clear that things are not well with the NDIS.

The former government spoke widely about its concerns NDIS costs would blow out over the next decade. While committing to fully funding the scheme in the last budget, a number of changes have been undertaken in recent years aimed at curbing spending.

Last year the National Disability Insurance Agency (NDIA – the agency that runs the NDIS) created a taskforce to cut growth in funding packages and participant numbers. Around the same time we saw a failed proposal for the introduction of Independent Assessments.

Many participants reported significant cuts to their budgets, forcing them to miss out on essential supports and their family members to give up work.

About one in ten participants dispute planning decisions, resulting in an internal review. Participants going through this process are much less likely to be successful now than in the past. Between January 2021 and March 2021, 70% of these reviews saw changes to plans. Just 12 months later, only 21% were successful.

Participants and supporters report the NDIA justifies its decisions on the basis the requested supports are not “value for money” and a lack of evidence. Faced with unsuccessful reviews, participants have increasingly turned to the Administrative Appeals Tribunal (AAT) with the number of appeals in the first quarter of 2022 some 244% higher than in the same quarter of 2021. By the end of April, NDIA’s legal spend had reached A$41 million for the financial year to date. 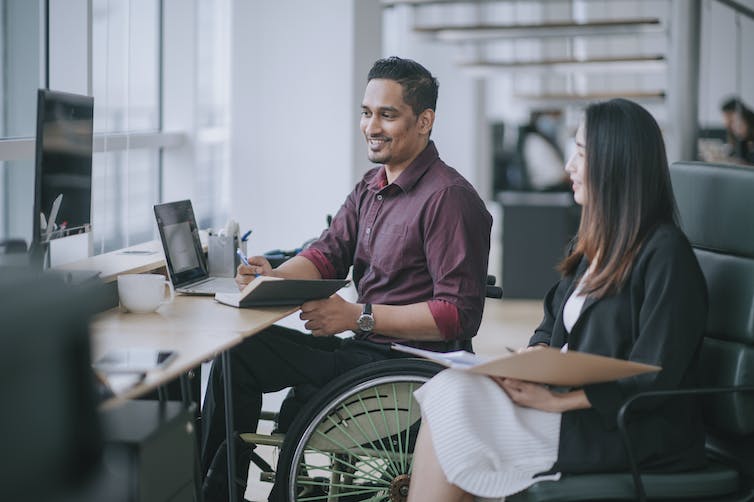 The new government has committed to more staff with disability within NDIA. Getty/Edwin Tan

The NDIS is an incredibly important source of support for people with disability but in recent years a large gap has opened between those who make it on to the scheme and those who don’t. Of the 4.4 million Australians with disability, only around 12% are eligible for the NDIS.

The original intent was that all levels of government would continue to provide supports for Australians with disability who were not eligible for the NDIS. But we have seen governments withdraw funding from these services such as Partners in Recovery funded by the then Commonwealth government for people with severe mental illness. This has seen some people with disability with no services or incurring significant out-of-pocket expenses to pay for supports such as allied health.

Labor has outlined six strategies it hopes will return the scheme “to its original vision” because being on the NDIS shouldn’t be like “having a second full time job”.

1. Removing the NDIA staff cap While originally designed to have just under 11,000 staff, under the Abbott government the number of staff at the NDIA was restricted to 3,000. While this has been gradually lifted it is still well short of the amount needed, meaning external labour hires are widely used.

2. Fewer lawyers, less waste Labor committed to reducing the use of external lawyers such as those associated with tribunal hearings. They will also seek to cut down on waste through criminal activities and fraud.

4. Justifying cuts to plans There has been a commitment to stop arbitrary cuts to plans and to introduce an expert review process to sort out disagreements. This should reduce the number of people who are forced to take the government to tribunal.

5. Regional service improvements In regional areas of Australia, there are often insufficient numbers of providers to deliver services to those with plans, leaving some individuals with allocated funds but no ability to use them. Nationally the average proportion of allocated budgets spent sits at about 71%, in East Arnhem this sits at just 38%.

What to look for

More money for advocacy and changes to improve disability access housing and support have been promised. Importantly, there is also a commitment to bridge the gulf between people with disability who don’t get on to the NDIS and those who do.

Once the short-term personnel changes are effective and staffing shortfalls (including the lack of staff with disability) are addressed, the sector can reassess. We will see whether these initiatives rebuild trust with the community and move away from the defensive dynamic that has developed.