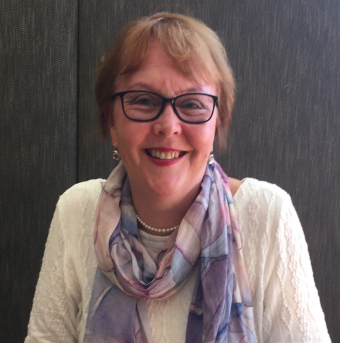 The award was presented to Dr Alexander on Thursday, 24 March for her PhD thesis.

“It considers wartime captivity as well as its legacy for the airmen – psychological disturbance, captivity trauma, and moral injury – and their families, including intergenerational trauma,” Dr Alexander said.

Dr Alexander has written five books on Australian aviation history and is particularly interested emotional responses to warfare and captivity, as well as the moral dilemmas encountered during operational and post-war lives.

“Writing about air men and women and their passion for flying for so many years, I wondered how they would have coped if they could not fly – if they had been grounded, not through illness, death, or choice, but because of captivity,” she said.

“I had long been interested in Stalag Luft III and the Great Escape so that was a natural choice for my POW cohort. I believed there was much more to life in Stalag Luft III than the Great Escape, and that captivity had life-long consequences for many of the POWs and their families. As I did not have the analytical skills for such a detailed project, I embarked on a PhD to gain them.”

Describing her PhD experience as “the most fulfilling of [her] research and writing career”, Dr Alexander praised her supervisors, UNSW Canberra Professor Peter Stanley and historian Dr Michael McKernan, for challenging and bringing out the best in her.

“I had the perfect supervisory team; we could not have ‘fit’ better,” she said.

“They both recognised that I had a long history of independent research and writing and gave me the freedom to follow many lines of enquiry. Significantly, my supervisors supported my decision to draw on the broadest possible range of evidence and interdisciplinary studies.”

Australian War Memorial Director Matt Anderson said it was imperative for the Memorial to continue working towards a full understanding all aspects of war.

The judging panel said the thesis “demonstrates a masterful command of Australian and international literature related to captivity and prisoners of war”.

“Richly researched and well written, its descriptions of life in captivity and its impact is wide-ranging and comprehensive. As well as tackling taboo subjects such as sexuality and suicide, the postwar experience of prisoners is followed to address contemporary understandings of ongoing trauma, including PTSD, moral injury, and intergenerational trauma,” they said.

Dr Alexander is currently writing a book with the working title, Beyond the Great Escape: Captivity Trauma, Resilience and the Australian Airmen of Stalag Luft III.

“Because of its academic origins, however, I believe it will also be of value to captivity scholars, air force historians, and those studying Australia’s post-war social, medical, and psychological history.”

Dr Alexander is the third UNSW Canberra student to receive the biennial award, worth $5000. It was won by Michael Molkentin in 2014 and David Woolley in 2016.

She said she was “proud and honoured” to receive the prize.

“While the experiences of prisoners of the Japanese have gained a central place in Australia’s POW narrative, the traumatic residue of European captivity, especially among airmen prisoners, has been little recognised,” Dr Alexander said.

“Through the Bryan Gandevia Prize I hope to highlight the wartime, life-long, and intergenerational challenges of captivity for the Australian airmen of Stalag Luft III and their families.”