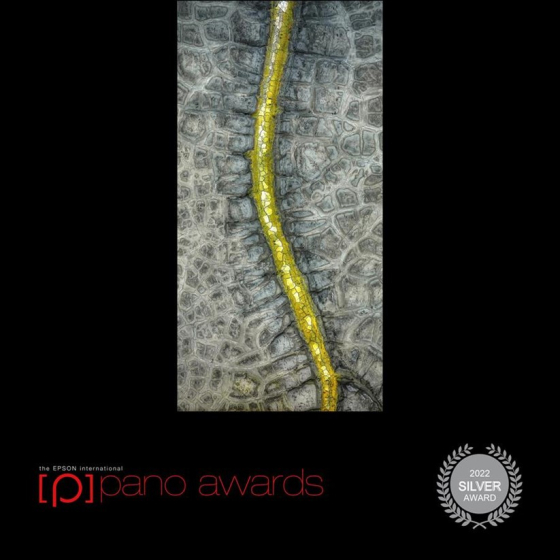 The prestigious award recognises the art of panoramic photography, a unique style that captures a wide or tall spanning image of a landscape.

Scott’s photograph titled ‘Backbone’ is a captivating aerial image and is one of his first panoramic images captured by drone.

“As a landscape photographer, seeing the world from above and capturing an aerial perspective allows me to explore the Australian landscape in a different way. It captures a different level of beauty than what we see at ground level," Scott said.

The Epson International Pano Awards is the largest competition devoted to the genre worldwide. With over 4,000 entries from 98 countries, Scott was one of only a couple of Australian photographers to be named in the top 50 this year.

"It’s an honour to be recognised at such a level in this annual competition. Given the calibre of the entries, it’s great to get recognition from these awards amongst such a competitive international field," he said. Scott is no stranger to this growing recognition as one of Australia's leading landscape photographers and provider of artworks and gifts, another testament to the talent that underlies his veteran entrepreneurship success story.

Scott completed a Bachelor of Arts with UNSW Canberra alongside his training with the Australian Defence Force Academy (ADFA) in 1997, and has formally served as an Air Force Officer, Diplomat, and Iraq war veteran.

His combination of academic study and military training has formed a foundation for vital leadership and critical thinking. Scott fondly draws from this when tackling his life’s adventures and challenges and says that “to this day, I continue to leverage that foundation and attribute much of my ADFA training for subsequent successes at both a professional and personal level.”

However, beyond work, there was passion at play for photography that would grow beyond a mere hobby.

“The idea that we can get the entirety of our professional satisfaction from one job I think is unrealistic. Our primary job may meet many of our professional interests but recognising that there may be other activities that fulfill us in different ways is important,” Scott said.

“I always think about what I will be thinking when I’m a 90-year-old in a rocking chair and reflecting on “what if” I had done something. I don’t think that 90-year-old version of myself will regret giving something a try if it was passion.

Simply put, Scott’s advice is that “if you’re thinking about pursuing a passion outside of work or study, give it go. We become more well-rounded, better people for the experiences and interests we have beyond work.”