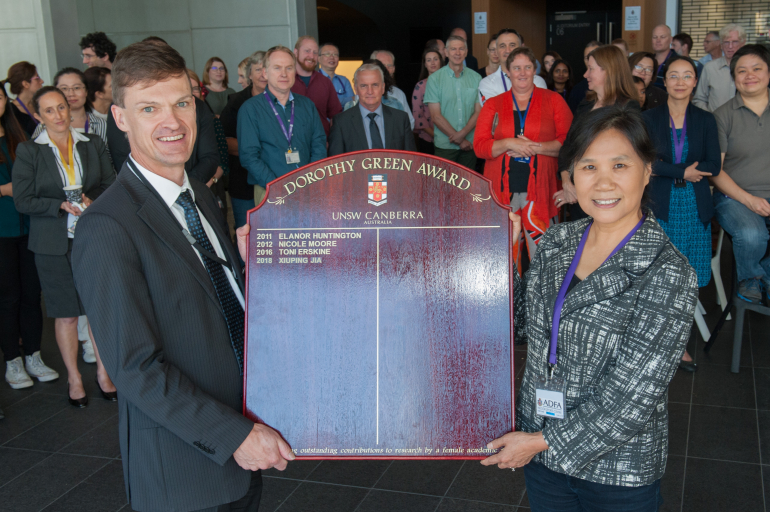 UNSW Canberra has marked International Women's Day by releasing new figures that show an increase in the uptake of engineering degrees by female undergraduate students.

In the last five years there has been a 92 per cent rise in enrolments, as the university continues to drive new initiatives to encourage women in STEM, such as the inaugural UNSW Canberra Prize for Best Female Student in Mathematics. The Year 8 and 9 winners were announced today as part of UNSW Canberra's International Women's Day celebrations.

"UNSW Canberra, together with the prize sponsor, Northrop Grumman, would like to celebrate the strength of female students in mathematics and encourage more young women to study maths at a tertiary level," UNSW Canberra Rector Professor Michael Frater said.

"UNSW Canberra is committed to reducing the gender gap in STEM subjects, as women represent only 16% of the STEM workforce while it is one of the fastest growing sectors."

The university also celebrated the achievements of one of its own with the presentation of the Dorothy Green Award. The award recognises outstanding research by women at UNSW Canberra.

The Dorothy Green Award was presented to Dr Xiuping Jia, described as a "great role model for women in STEM" by UNSW Canberra Rector Professor Frater.

Dr Jia has worked to develop and apply algorithms that have had a significant impact on the general image processing community, as demonstrated by a very strong publication and citation record in leading technical journals.