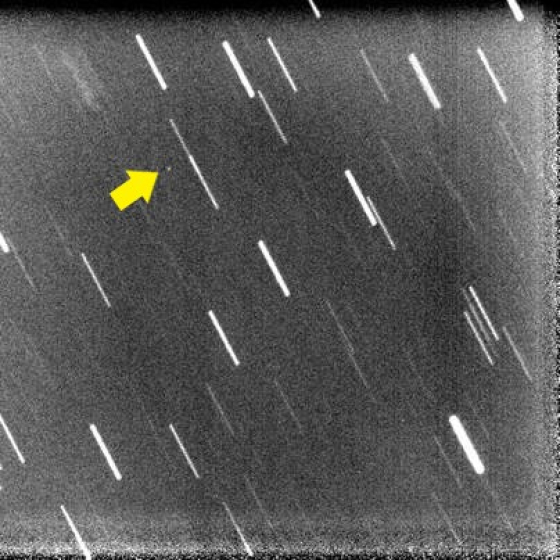 “NASA JPL/CSIRO informed us that the asteroid would be somewhere in the sky around 15 May, but didn’t know precisely where,” Professor Kruzins said.

An initial attempt to detect it using radio frequency radar methods from the Canberra Deep Space Communications Centre and the Narrabri Compact Array radio telescope in northwest NSW was unsuccessful, and the intended optical observation was not possible due to poor weather. So, the team reached out to their contacts in New Zealand for assistance.

“UNSW’s relationship with New Zealand allowed us to inform the NZ telescopes (who had good weather, unlike Canberra) to find and refine the orbital set for the asteroids,” Professor Kruzins said.

“Their small optical telescopes and dedication were instrumental in finding the asteroid.”

The team ascertained that the asteroid’s risk of conjunction with Earth was very low, and demonstrated the integral role the southern hemisphere could play in asteroid detection.

“Large professional radio telescopes are not able to easily detect asteroids unless the asteroid positions are well known in advance,” Professor Kruzins said.

“Small optical telescopes available to universities can find and refine asteroid positions sufficiently for large radio telescopes to then complete the task of building more detailed science about the asteroid itself, for example, rotation, composition and astrometry.”

NASA JPL has upgraded its asteroid catalogue to include the new positional information of this asteroid at high accuracy for future predictions.

“The findings demonstrate that asteroids passing by Earth in the southern hemisphere are best detected from places like Australia and are not easily detectable by NASA JPL’s main northern hemisphere asteroid facilities in California,” Professor Kruzins said.

“The work by UNSW and its partners is coupling the effectiveness of large radio telescopes with small optical telescopes to detect and characterise near-Earth asteroids when their orbital parameters are not well known, thus contributing to the global understanding of asteroids, including potentially hazardous asteroids.”